A HOUSEHOLD NAME FOR MORE THAN 130 YEARS
Halk has made a universal name for itself as a manufacturer of industrial weighing systems. And Halk’s employees have been living up to that name for more than 130 years. Our products are used in no less than 60 countries. Our mission is simple: to produce high quality weighing equipment which can weigh, dose and transport bulk products rapidly, efficiently and accurately.

WE FULFIL YOUR WISHES
There is no such thing as 'Can't be done’ in our book. Flexibility and customisation are the key concepts when it comes to our weighing and filling installations. They are designed according to your specifications using the required materials, to suit your situation, but to our quality standards and based on our know-how. After 130 years in the business, we are obviously fairly confident that we know just about everything there is to know about industrial weighing equipment and filling machines.

FIRST ACTIVITIES IN 1881
Halk was officially registered with the Chamber of Commerce in 1881, although its founders had already been in business for 30 years. Five generations of the Halk family helped create the specialised technical company it is today. Halk has tried and tested many products and directions over the years and the company went through various phases, but weighing technology was always a given.

FIXED AND MOBILE WEIGHING PLATFORMS
The 1990s were dominated by the on-going development of electronic weighing platforms for large blocks of metal in the port of Rotterdam area. By the end of this period, in response to the demand for more mobility, we were concentrating increasingly on mobile and flexible concepts and comprehensive services, including on-site inspections.

WORLDWIDE
Halk has been weighing and filling products to industry since 1851. This has resulted in a unique specialisation which has not gone unnoticed. Our machines are currently in great demand in no less than 60 countries. We take a constructive approach to our clients’ problems, making customised products and solutions. We love helping you tackle your problem, so let us give you an idea of what we can do for you. After all, we have over 130 years of experience at our disposal.

In the 1980s, the market for mobile bag filling installations picked up considerably. Halk needed a reliable supplier of stainless steel and metal construction components. That’s when Ville B.V. came into the picture and there’s been no looking back. The cooperation between the two companies was extremely successful and, in 2003, Ville B.V. took over Halk B.V completely. Since then, all the weighing installations have been produced at Ville B.V.’s extensive industrial site in Strijen. Under the leadership of Mr Kranendonk, Halk B.V. continues to develop as an independent company within the Dynamic Steel Holding group.

This recently resulted in Halk B.V. achieving the much coveted ISO 9001 Certification in 2009 - no mean feat. 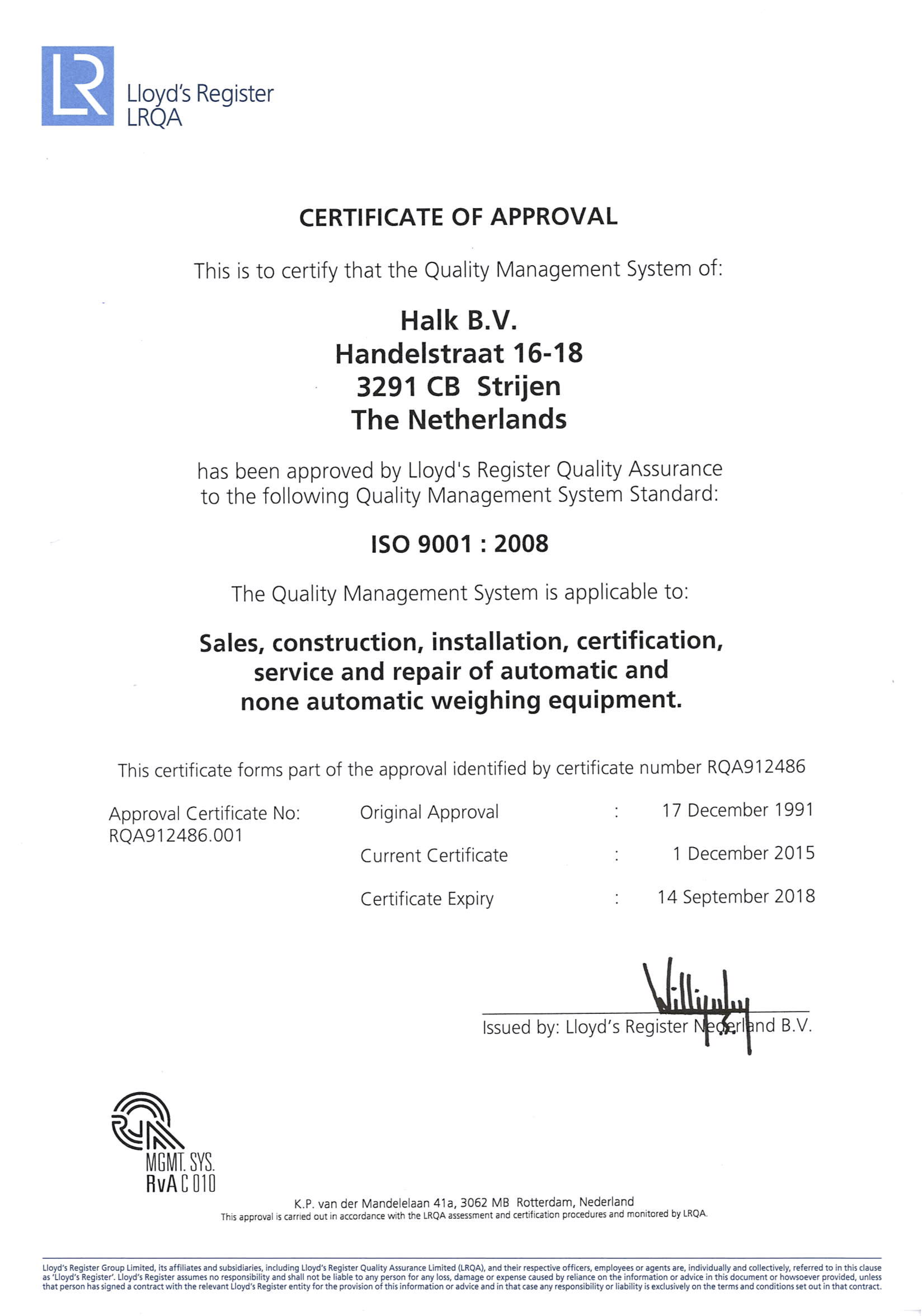